About Our Wellness Resort & Spa

The Retreat Costa Rica, one of the best luxury wellness boutique resort and spa, where organic gardens, lush landscapes, chirping birds, and technicolor sunsets are the setting for healing journeys, is perched on a 50-acre quartz mountain overlooking the Pacific Ocean. A tropical resort with stunning views of the Nicoya Peninsula and the Pacific Ocean, The Retreat, the brainchild of celebrity chef, bestselling author, and health and wellness life coach Diana Stobo, offers guests a transformational wellness center where they can escape the chaos and stress of everyday life to reset their internal sense of balance in a nurturing and gentle environment.

Dreams really do come true, that’s what Diana Stobo, our founder, and the owner will tell you when you ask her why she chose this mountain and why she built The Retreat Costa Rica. Besides being a self-proclaimed spa junkie, detox diva, and ‘galactic hybrid’ (yes, that’s a thing) she is also a Dreamer. And for many years she dreamt of a place that people could come to feel their best, a place where they could surrender all that weighed them down and create a blank canvas in order to paint an image, they wanted for themselves.  It had to be a heavenly place, far away from the crowds, close to nature with no disturbances other than the sound of birds and water trickling. ​

​ In 2001, Diana was falling ill with a myriad of health issues. She was taking medications to try and fix the problems, until one day she realized that the problem wasn’t fixable by medicine, she needed to change her way of life.

By focusing on the foods she ate, her body movements, her emotional wellbeing, and the calming of her mind, she was able to shift herself back to health. ​ Diana had transformed her life and began to help others transform theirs as well.  Through her own healing, she studied, immersed herself in research, education, and training, learning many healing modalities and finding a simple pathway to feeling good.  As a culinary expert, food became her primary source, and to share her wisdom, Diana’s first book Get Naked Fast was born.
​
The Retreat dream was out of reach until one day she found herself in an opportunity to buy a property sight unseen. Everything in her bones told her to take the leap of faith and say “yes”. Not knowing what she was getting into, she arrived on the property three months after purchase and to her surprise, she saw before her what had been in her reoccurring dreams for over two years, a crystal mountain setting overlooking the valley to the coastline. Night after night, her dreams lead her through the organic gardens, lush landscapes, birds chirping, and sunsets.  She dreamt of peace and tranquility.  So, she did what any dreamer would do…. She waved her magic wand and created heaven on earth – The Retreat Costa Rica.

​These are the keys to a happy, healthy, and youthful life, and we believe that you will leave THE RETREAT with the necessary tools, information, and mindset to harness these keys and transform the way you live. ​​​

Who is Diana Stobo

An innovator in the global wellness industry, Diana Stobo is an expert and trusted voice on a host of subjects, including digestive health, food as a modality for change, hormone balancing, sex, aging well, weight management, wellness travel, and more.

She is a classically trained chef, nutrition expert, and an early pioneer in the raw food movement. Stobo has coached thousands of people back to good health throughout her years as a health coach and healer. She is known for her ability to create tools and practices that empower and facilitate transformation and to help foster freedom and empowerment in people’s lives.
​

The award-winning author of Get Naked Fast and fifteen other books, Stobo has traveled the world extensively as both a sought-after speaker and a “wellness traveler,” learning about healing customs and practices from around the world. She is a successful entrepreneur who has founded and built multiple businesses in the wellness space. Stobo founded and runs The Retreat Costa Rica, a healing hotel, wellness retreat, and spa that has won numerous awards. She is also the creator and lead formulator of Truth Bar, an innovative prebiotic and probiotic gut health bar available in stores across the U.S. 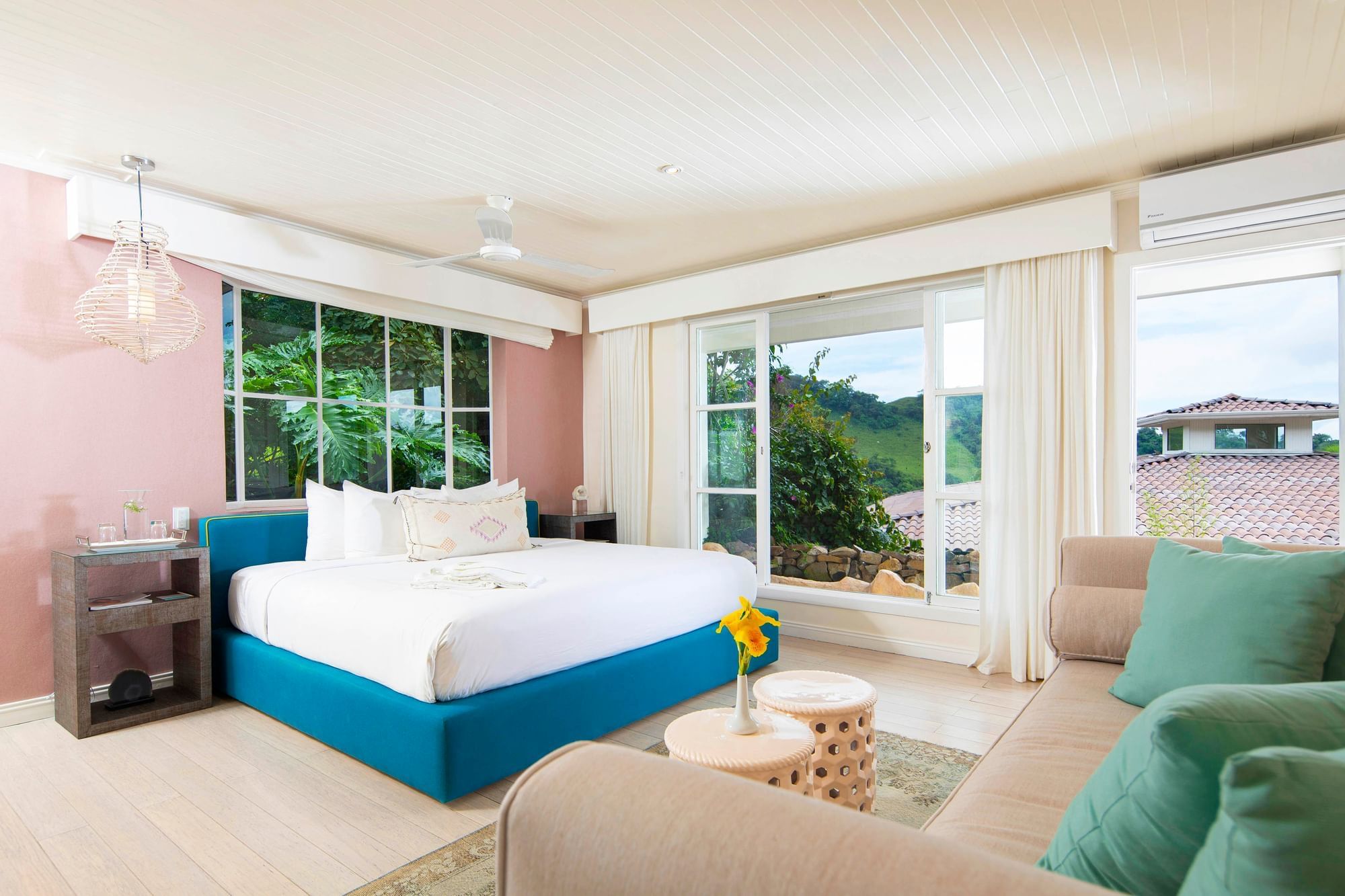 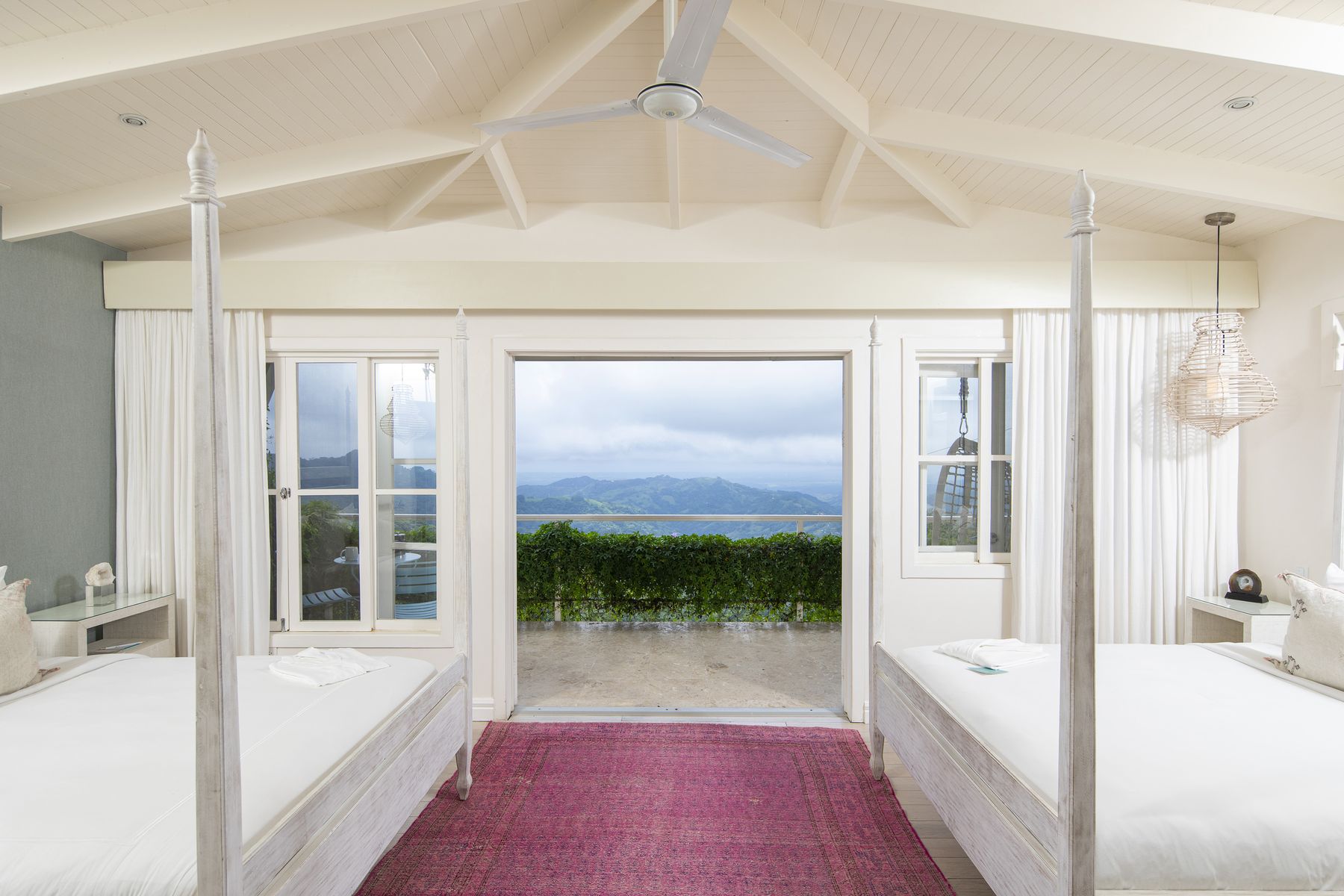 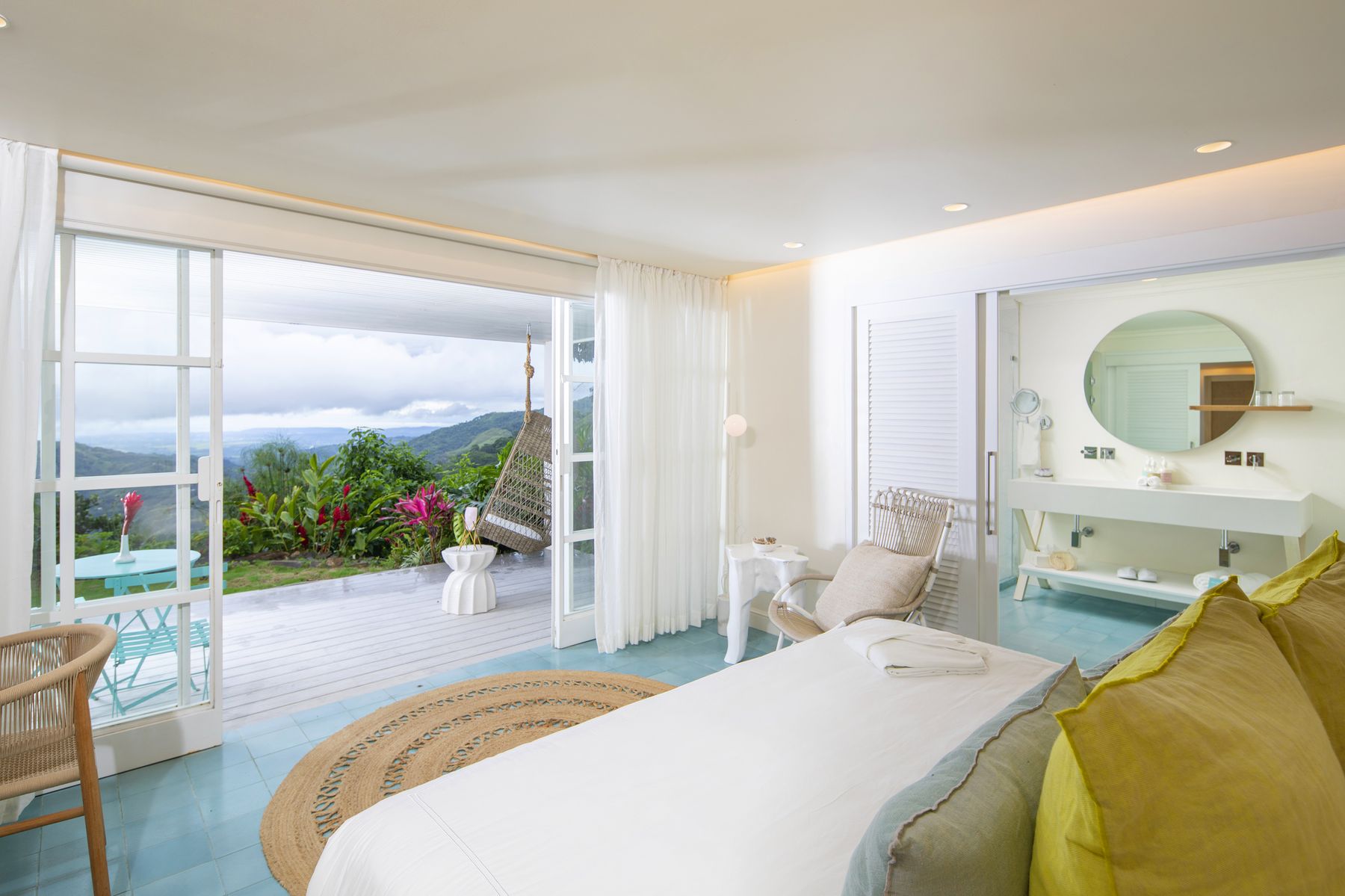 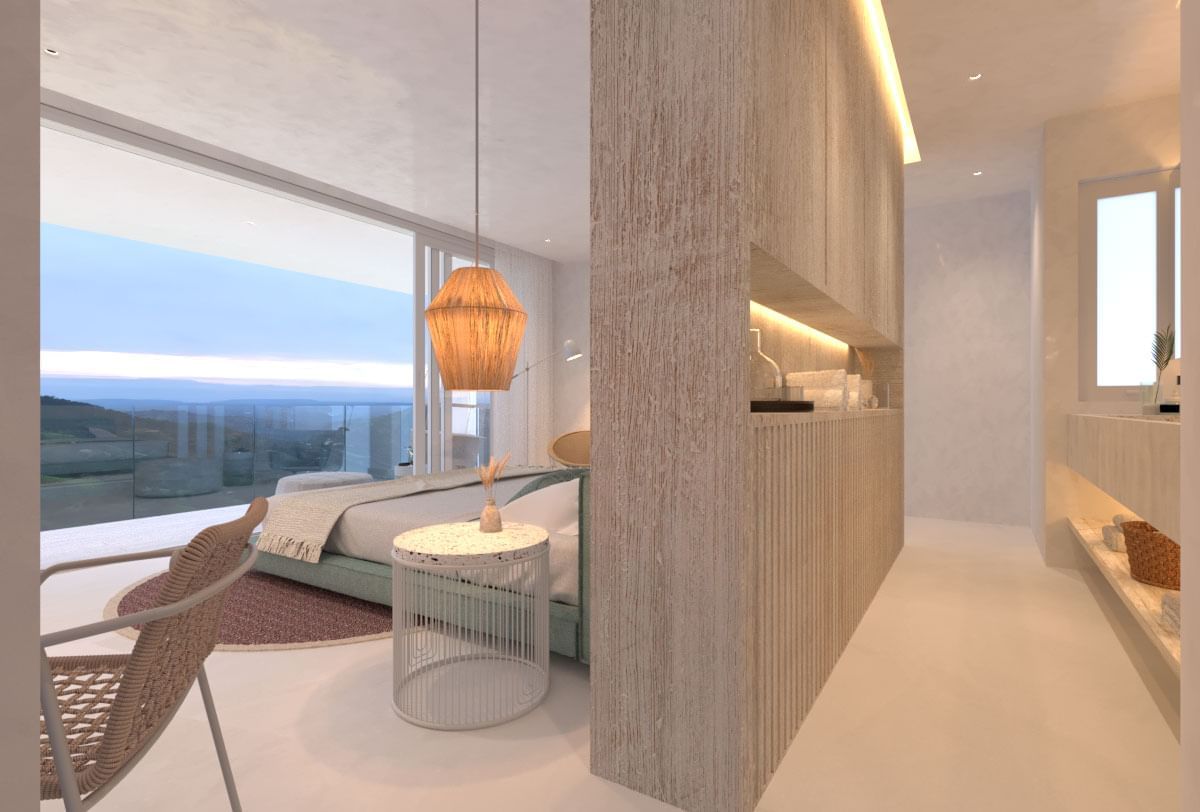 Guests begin their Retreat experience the moment they disembark from the plane, where they are met by concierge drivers and transported directly to guest reception. Rooms are simply and elegantly designed to calm the mind and relax the senses, with each named for the plants and superfoods grown on the property. There are no phones or televisions in the rooms to disturb the peaceful, natural surroundings and sounds. Bedding is lush and bathroom amenities are handmade with organic and raw ingredients.

Every room has a diffuser with essential oils known to reduce stress, neutralize bacterial and viral pathogens, improve digestion, strengthen bones and reduce inflammation, as well as lower fevers, heal skin conditions, aid in weight loss, and strengthen the respiratory system. Rooms are infused with selenite, a crystal used for good luck and protection. The powerful vibration of selenite can clear, open and activate the crown and higher chakras and is excellent for all types of spiritual work.

Deluxe Rooms are set back against the lush mountain with private patios or are located in the garden areas with views of the mountain landscape, the valley, and the ocean. Premium with two Queen size beds have expansive views of the valley to the Pacific Ocean and can be enjoyed from the balcony’s hanging chair swings. Two new Spa Collection rooms have large soaking tubs and expansive views from the luxurious king-sized beds or from a spacious balcony and sitting area adorned with hanging chair swings. There is a King Suite near the yoga studio with a large covered balcony for enjoying vast views of the mountain, valley, and ocean.

Our luxury collection lofts were built on the south-facing mountainside with views extending to the pacific ocean. These are our largest rooms at 690 square feet with an open floor plan and high ceilings.

This 8,000-square-foot spa is adjacent to the main house of The Retreat, and each of the spacious treatment rooms connects to nature with views of the mountain all around. With innovative and organic remedies fused with the wisdom of ancient therapies and the metaphysical powers of the four elements – earth, water, air and fire – the spa aims to connect health, beauty, relaxation and healing, focusing on genuine therapeutic treatments and hands-on experiences to connect, nurture, protect and heal the mind/body.

Vida Mia was carefully designed with ancient Feng Shui principles balancing energies throughout the construction of the building to optimize, health, wealth, charisma, love, sex and luck. The Gratitude Lounge is a resting place with lush couches to enjoy resting, reading or sipping tea. The Gratitude Lounge Café and Tea Bar presents a robust natural menu of snacks, smoothies, light lunches and sunset platters with organic and biodynamic wines. The Meditation Deck is a place to reflect, chant, pray or be one with nature. The Quiet Pool is for resting, sunbathing and enjoying the view of the Pacific Ocean while waiting for the next healing treatment. There are poolside lounges and hanging pool chairs where food and drink are served.

The spa’s upper level has changing rooms, an air-conditioned fitness facility, a covered Jacuzzi and cold-water cascade, plus an outdoor covered resting den. All treatment rooms are named for indigenous healing crystals and have open air or large windows to connect guests with nature.

The Retreat grows and cultivates its own medicinal herbs and makes scrubs, tinctures, oil infusions and creams for therapeutic treatments at The Apothecary, which is also used for educational events. 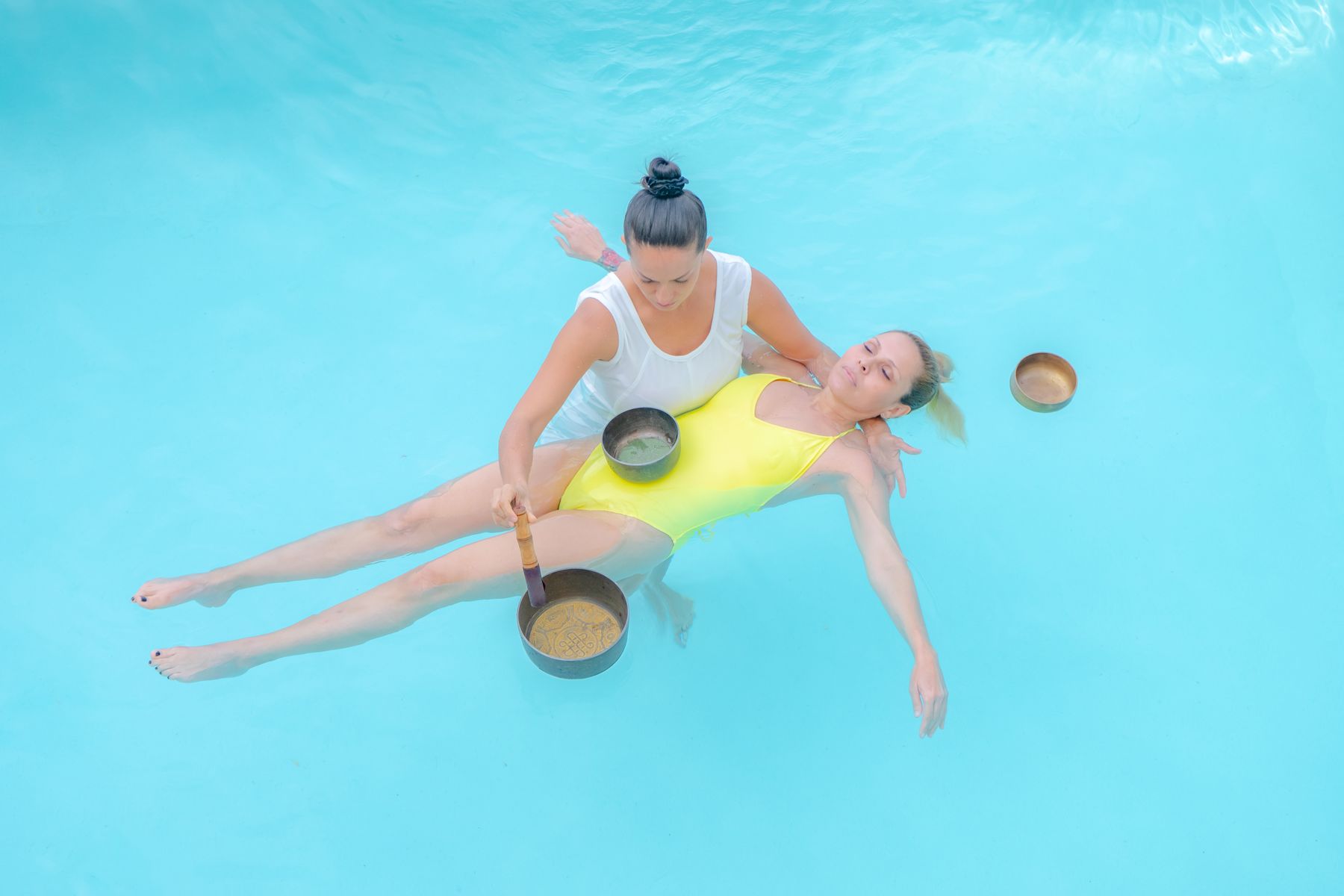 Menus are based on an anti-inflammatory diet incorporating organic produce mostly grown on property. Meals are plant based, but local, sustainably raised fish, fowl, beef and lamb are also served. The kitchen is grain free, dairy free (with occasional goat yogurt and cheese), uses no refined sweeteners and sources items locally and sustainably. Each menu is customized to each guest’s needs, and vegan and vegetarian options are available at any meal. Each menu is “Chef’s choice” based on what is fresh, inspiring and thoughtful. An open kitchen policy allows guests to see what they are eating, how it is prepared and to feel confident knowing what they are eating is simple and good. There are many cooking classes weekly, so guests can take new healthy cooking skills home.

The organic farm was built on the south facing side of crystal mountain, growing in the soil of crystal energy and being watered by crystal infused spring water. Of course, like all living things, it is a work in progress, and seasonal foods are cultivated for breakfasts, salad bars and evening meals. Guests enjoy fresh healing herbs in the drinking water and the frescos, elixirs and even hand-muddled cocktails. Guests can walk the garden with the chef, or just stroll alone and can put their hands in the dirt to feel the energy and give a little bit of love to the plants. 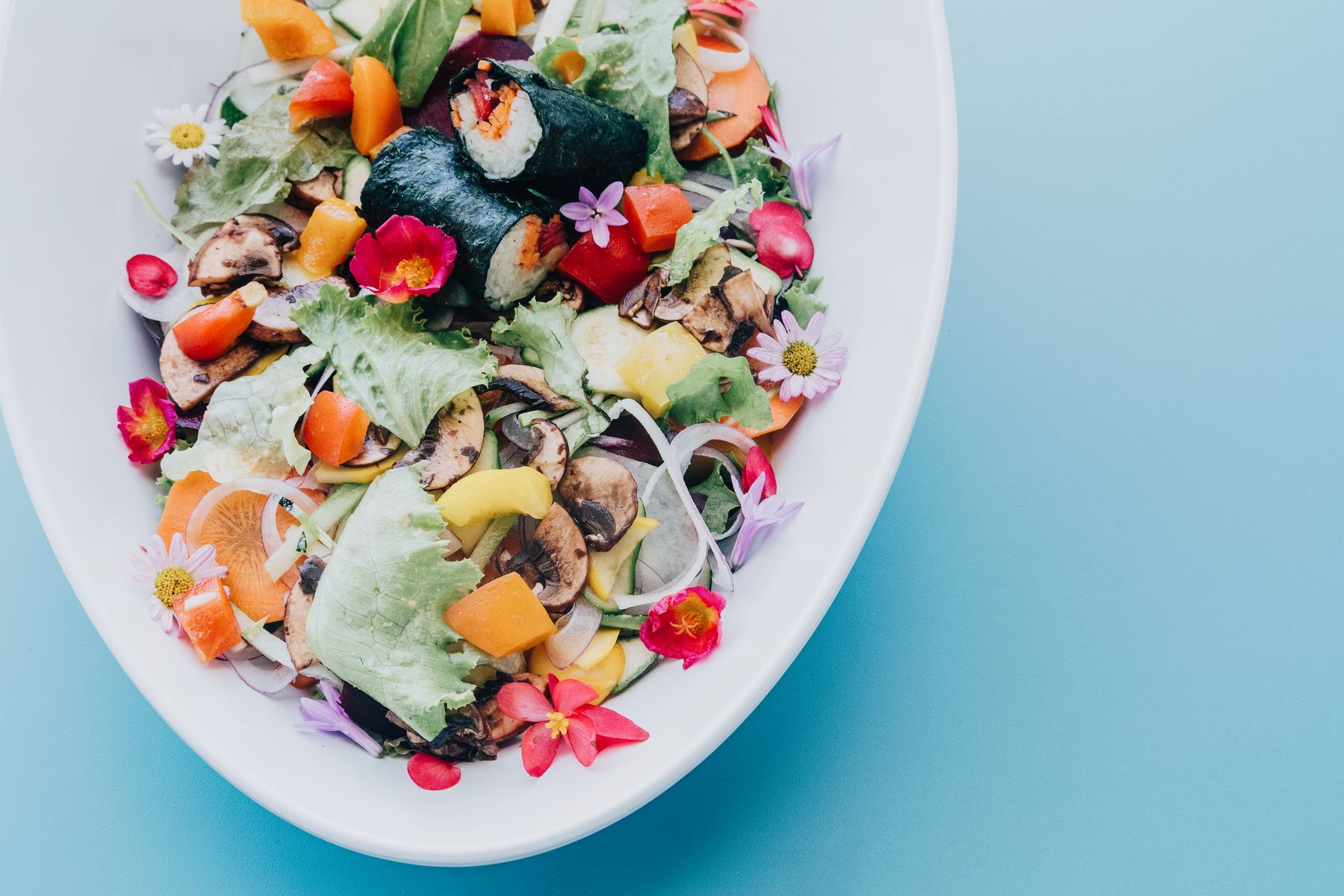 It was by pure luck The Retreat landed on a crystal mountain giving thought there are no accidents. During The Retreat’s construction, crystals were discovered in the dirt, as well as during planting. Some were very large and others just specks of quartz, some in blue green tones. Crystals are a solid compound of atoms, molecules and ions arranged in a highly ordered microscopic compound to form a crystal lattice that resonates on a pure frequency connecting all living organisms on the planet, whether water, plants, trees, animals or humans. Crystals are the most cohesive expressions of physical matter because their vibrations are pure and undistorted; they have the ability to positively influence human vibrations they come into contact with. This palpable energetic vibration is woven into every aspect of The Retreat through the water, the food, the spa treatments and even in private guest rooms.

As a fully immersive wellness resort, there are many wellness programs to choose from, but many guests visiting Costa Rica have a certain bucket list item or items they want to experience, so a specially curated tour menu with excursions accompanied by in-house concierges is available. 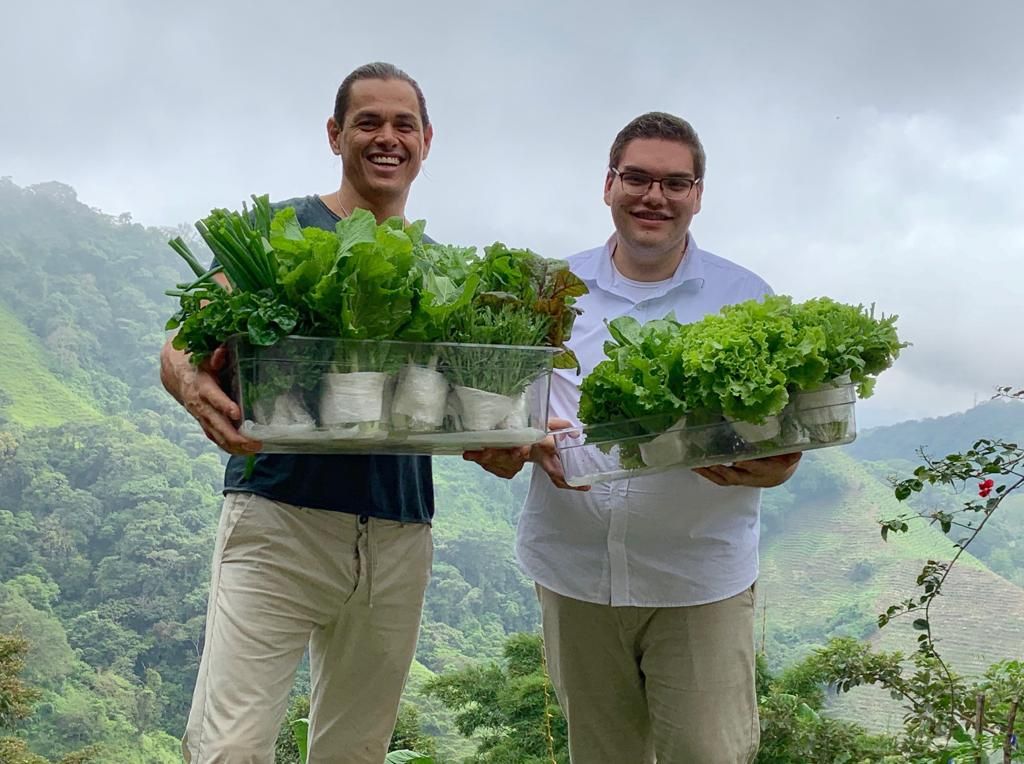 The Retreat Costa Rica believes it is not only a responsibility but a pleasure to commit to sustainability and social consciousness. Through the local community, guests and operational protocols, The Retreat has established some concrete actions to respect the environment and make a positive impact on all that surrounds it including: